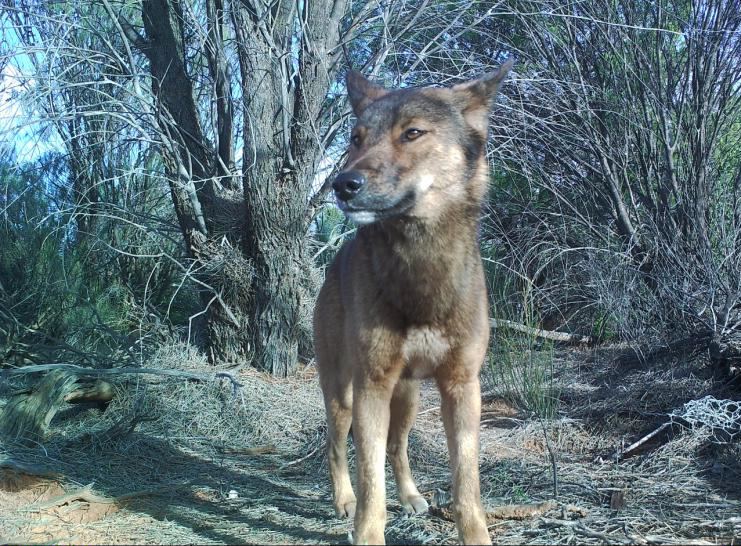 Dogs that may have taken a bait and the carcass not located are not included in this figure.  It is important that we continue the maintenance program to control wild dogs that will move into our shire from the north and east.

Dingoes originated in Asia where they were present possibly 10 000 to 14 000 years ago and were derived from wolves.  The dingo was brought to Australia approximately 4000 years ago but has not reached Tasmania. Domestic dogs were brought into Australia by Europeans in 1788 and their release into the wild has continued since. Both dingoes and wild domestic dogs are the same species, Canis familiaris.

Traditionally, dingoes mated once per year in autumn to early winter. However, with the increase in hybridisation, breeding occurs over a longer period of the year. Wild dogs can have between 1-10 pups but on average, they have 5. The litter size will depend on resource availability and the condition of the bitch at time of mating. Similarly, survival of the pups will vary depending on local conditions and food availability.

We have recently purchased Candid Pest Ejectors (CPE) to trial.  If shown to be successful, these may provide another option for control.

Wild dogs may enter onto the western side of the SBF, affecting livestock enterprises.  Recently a dog was sighted west of Ravensthorpe townsite and with the assistance of the landholder the dog was destroyed.  There has also been another sighting further west, however due to the time that elapsed before the SBG became aware of this sighting, it was not possible to identify the wild dog movement.

If landholders suspect dog activity it is important to advise the group or the Licensed Pest Management Technician immediately.

Wild dogs do not respect tenure boundaries such as fences, borders or land uses. Wild dog management strategies are most successful when people work together.