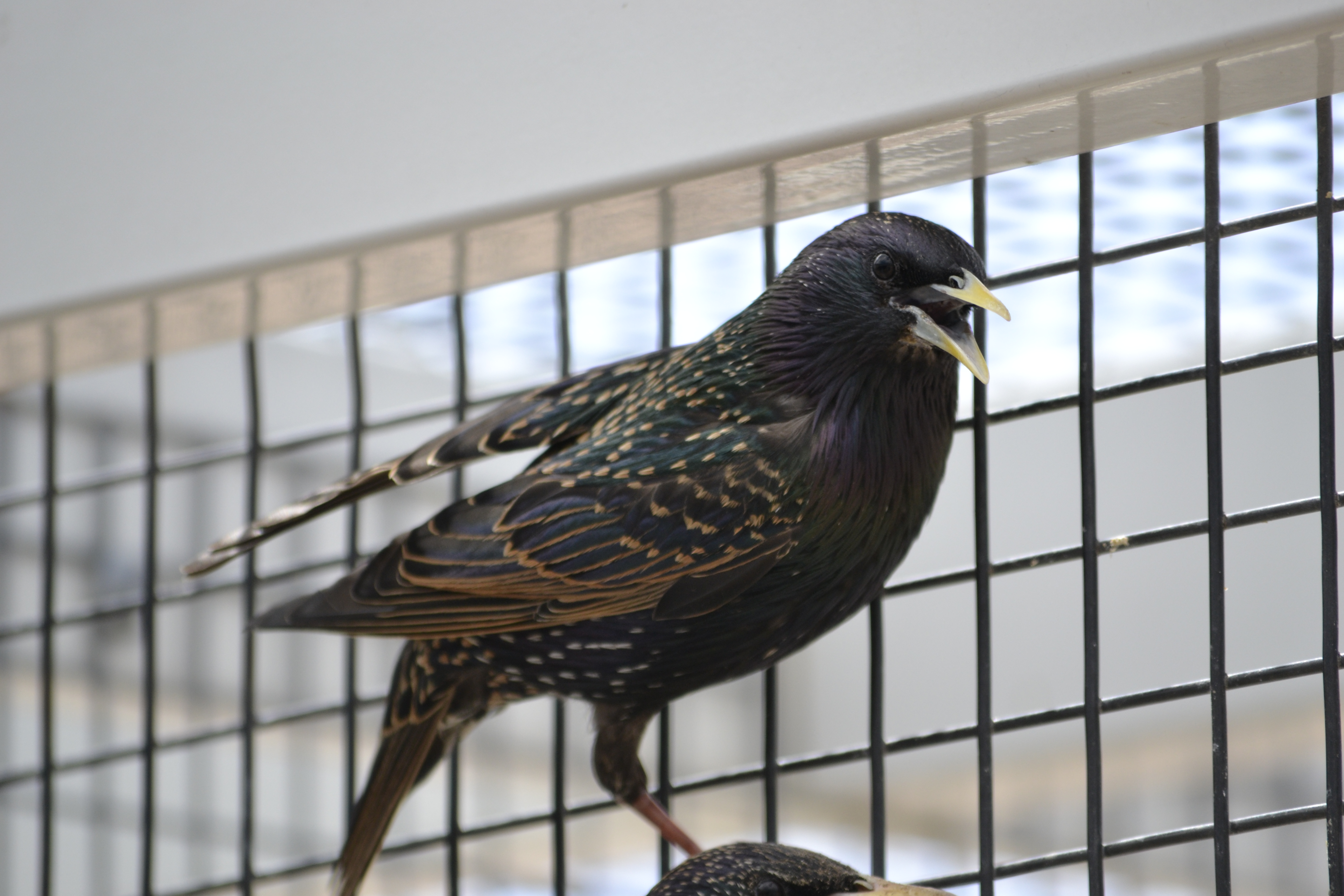 Residents and travellers are urged to keep watch for unusual birds after detections of starlings along the State’s south coast.

As of 7 November 2017, the Department of Primary Industries and Regional Development’s seasonal surveillance and trapping program has found nine (9) starlings at various locations between Hopetoun and Condingup.

Department officers have increased trapping in the area and residents are reminded to be on the lookout for unusual black birds.

The common starling is considered one of the world’s worst bird pests. They feed on cultivated grain and horticultural crops, disperse weeds, foul wool and can displace native birds. They form large flocks with a high level of noise, and in populated areas can be a serious nuisance and cause damage to buildings.

The department runs an ongoing trapping and surveillance program in the south-east of the State to prevent the encroachment of the pest birds from South Australia, where this pest is established. The common starling is not native to Australia.

Early detection and control is critical to preventing an established population in Western Australia. 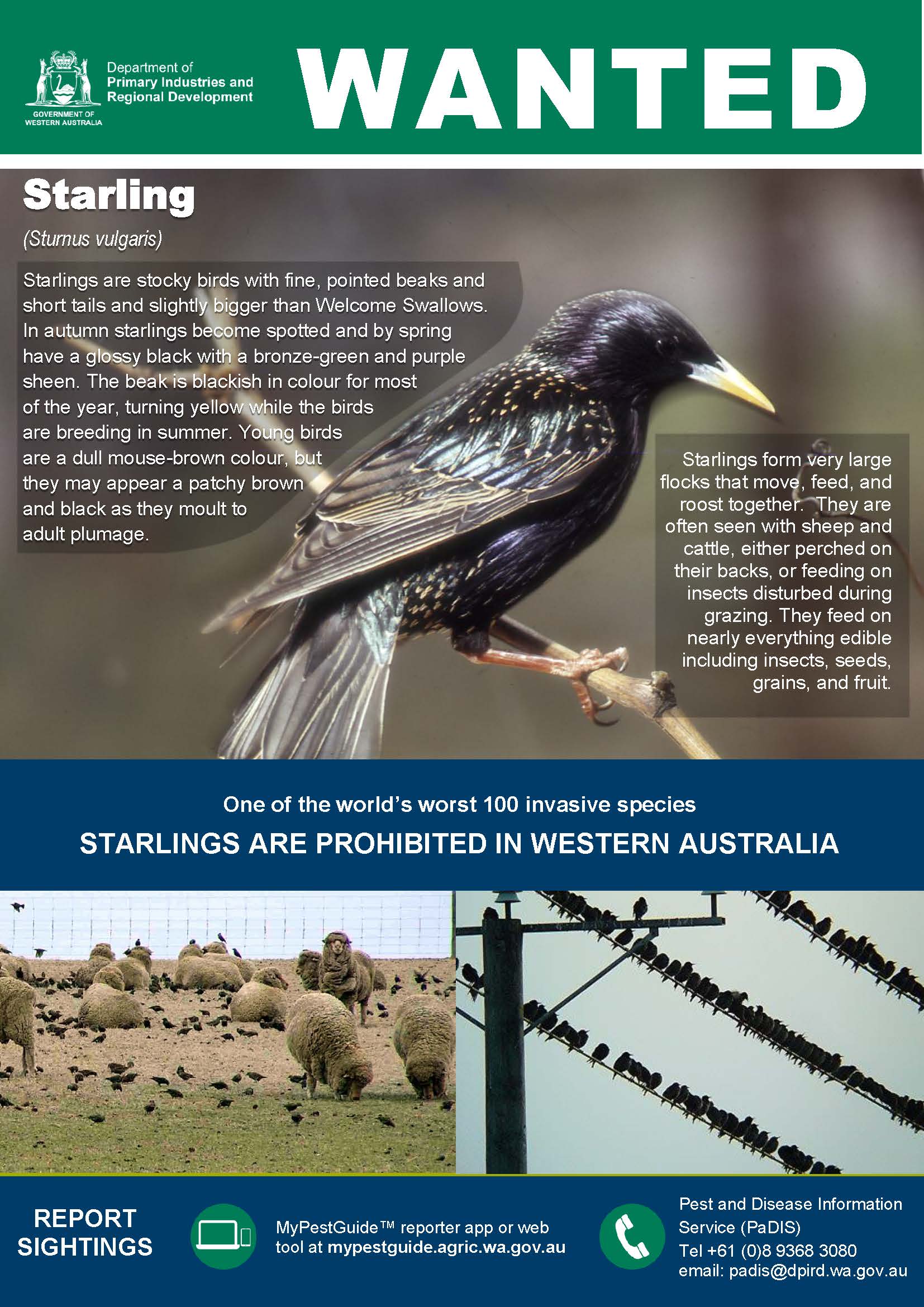