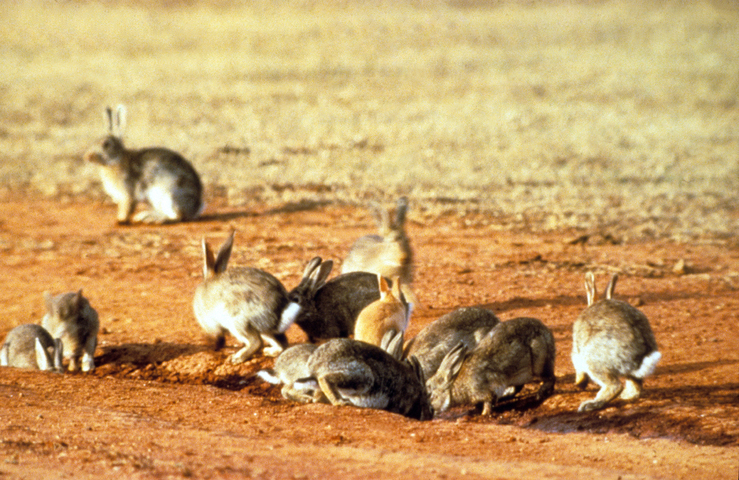 European rabbits are Australia’s most widespread and destructive environmental and agricultural vertebrate pest. A recent study has shown that rabbits impact 322 threatened species across Australia.  You can read more about that study here.

First arriving in Australia with the First Fleet, then deliberately released for hunting in the 1800’s, the rate of spread of the rabbit in Australia was the fastest of any colonising mammal anywhere in the world. They are now found in all states and territories, including several offshore islands. Rabbits graze on native and introduced vegetation, crops and pastures. Rabbit grazing can prevent seedlings from regenerating and reduce crop yields, as well as increase competition for feed with livestock. Rabbits damage native plants and directly compete with native wildlife for food and shelter. Their digging and browsing leads to a loss of vegetation cover, which in turn can result in slope instability and soil erosion.

In November 2018 we released the RHDV-K5 virus at 17 sites throughout the shire. It appears that the virus has been successful where it was released but has not spread far beyond the release sites.  There are a number of possible reasons for this, including the dry summer and reduced numbers of flies and mosquitoes. 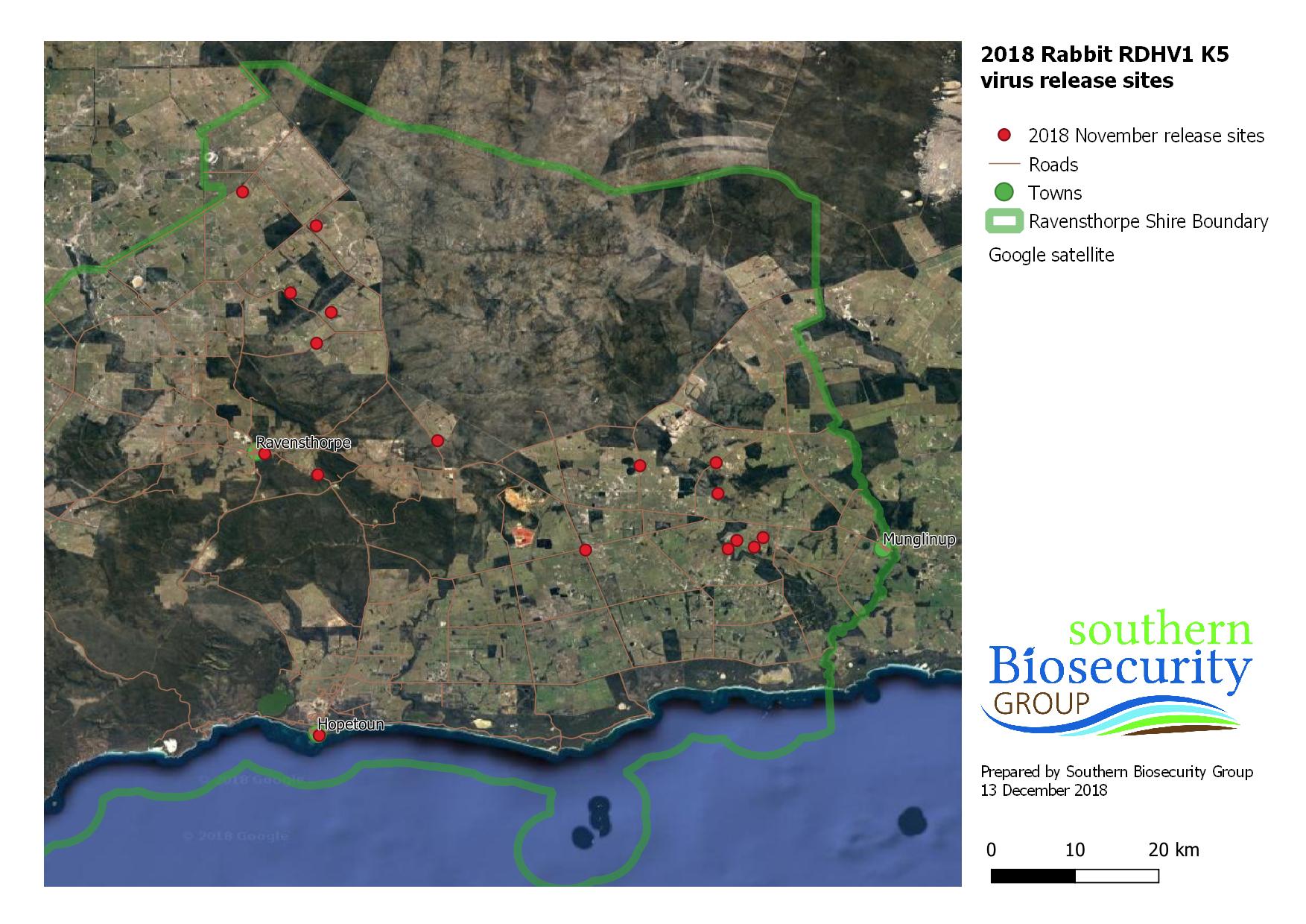 A follow up release of the virus took place in September at 45 locations throughout the shire. Most of the release sites were around Hopetoun as this was where the greatest number of reports of rabbit activity have come from.  One month after the release there is evidence of sustained fresh diggings and continued sightings near the release sites.  This perhaps suggests that a longer time frame may be needed to see the intergenerational effects of the virus. Additional effort is needed to properly evaluate and quantify the effectiveness of control efforts and overall project success. These results also highlight the possibility that the virus was not entirely effective. To help achieve the full benefits of biological during the next release in autumn 2020, the need for coordinated and integrated control methods and follow up control, such as warren ripping and baiting, will be reiterated promoted further. 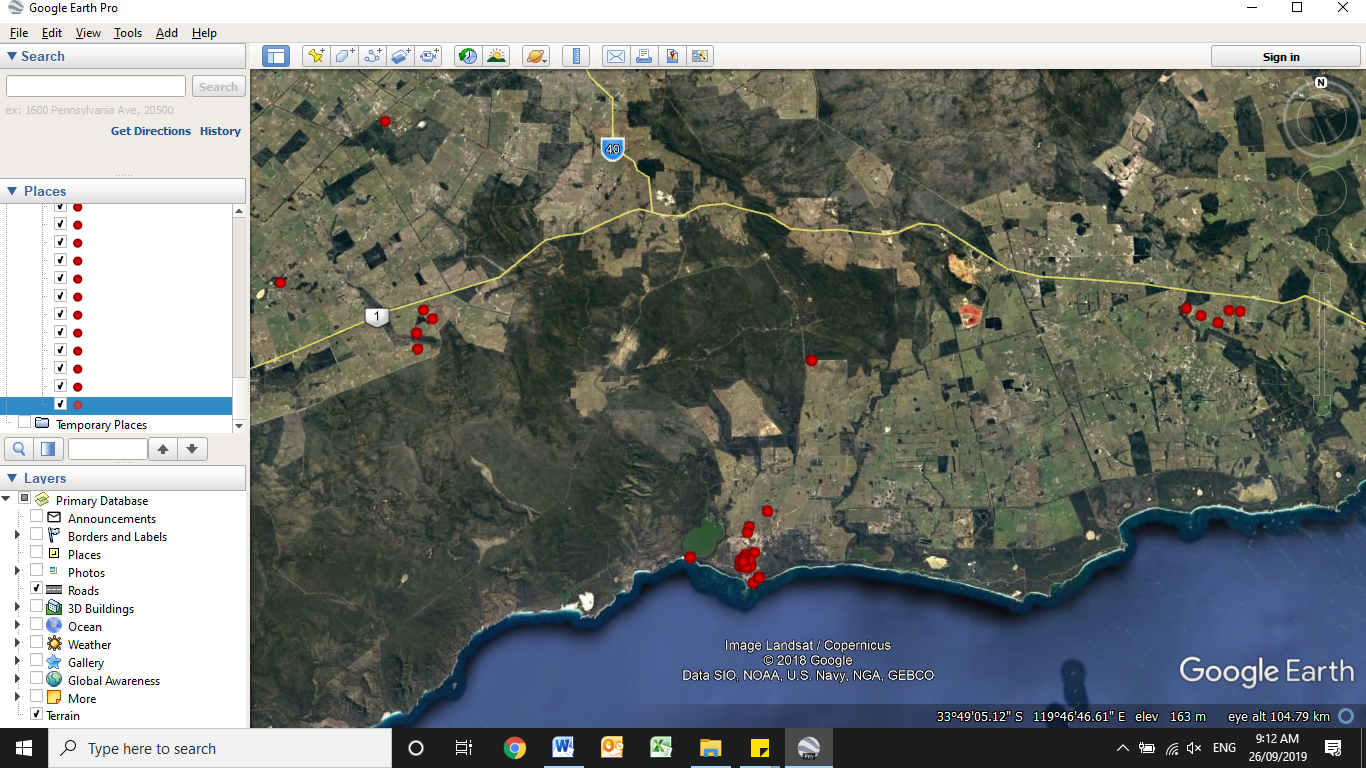 During March 2020, R.A.I.N. released the K5 strain of the RHDV virus throughout the Ravensthorpe Shire area. The widespread virus released occurred across 20 locations, including farming properties at Mt Madden, West River, north Ravensthorpe, the Oldfield River, Maydon road (east of Ravensthorpe) and south of the Kundip nature reserve. You can read more about the release here.

Coordination of the release of the K5 virus enhances the outcomes of a variety of rabbit control activities such as trapping, shooting and destroying of warrens. Broad-scale virus release is necessary to maximise the impact of the virus on the rabbit population

If a landholder wishes to release the virus themselves, they will need to become authorised users.  This involves completing the online course available through Department Primary Industries and Regional Development. Link to register, http://dafwa.moodle.com.au/externaluser/

Interested in finding out more about the rabbit virus and how it works?  Check out https://www.pestsmart.org.au/rhdv-k5-frequently-asked-questions/ for more information.

Integrated control options are the best option for combating rabbits. The Department of Agriculture and Food WA’s website provides a good overview of the different methods and where they are useful (https://agric.wa.gov.au/n/2232). It is important to remember that not all methods will be applicable in all situations.