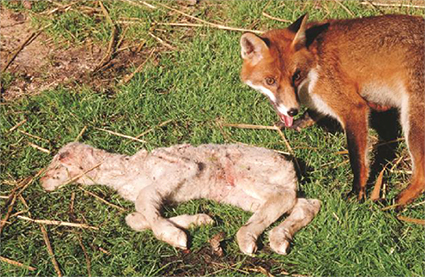 Foxes (Vulpes vulpes) are opportunistic predators and scavengers and have few natural predators in Australia.

Red foxes pose a threat to livestock, as they prey on poultry, lambs and goat kids. In high density areas they may also be a health risk to humans and pets, through transmission of diseases such as distemper, parvo virus and mange.

Evidence suggests red foxes are a primary cause in the decline and extinction of many small and medium-sized rodent and marsupial species in Australia. They also prey on many bird species. Foxes were originally introduced to mainland Australia in the 1850s for recreational hunting and spread rapidly. Today, they are abundant in all states and territories except Tasmania, where they are still at low density. There is an uptake of 1080 baits, dispersed as part of Wild Dog control, sees an uptake of baits being taken by the fox. Occasionally a fox will also be caught in a leg hold trap.

Our aim is to coordinate an annual fox and rabbit shoot in an effort to have an impact on numbers.

In April 2019 we supported the Community Fox Shoot, with four teams vying for the Ravensthorpe Red Card Community Fox Shoot Shield, shooting 76 foxes, 19 rabbits and 2 feral cats. The winning team was The Verminators shooting 43 foxes, 9 rabbits, and 1 feral cat.  It is intended that this will be an annual event.

Foxes eat around 3.5 kilograms of food each week, meaning that 76 foxes are responsible for consuming over 250 kilgograms of food in just one week.  Their diet is varied but includes poultry, small mammals and other animals.