Cochineal insect (Dactylopius Ceylonicus) was granted a permitted organism status in Western Australia July 14, 2017.  Initial breeding of the species was undertaking by Department Primary Industries and Regional Development (DPIRD) in Albany, with release of the insect onto uninfected Drooping tree pear (Opuntia monacantha) pads in the Oldfield River in March 2018.  A second breeding site has also been established to ensure we maintain a supply of the cochineal insect. 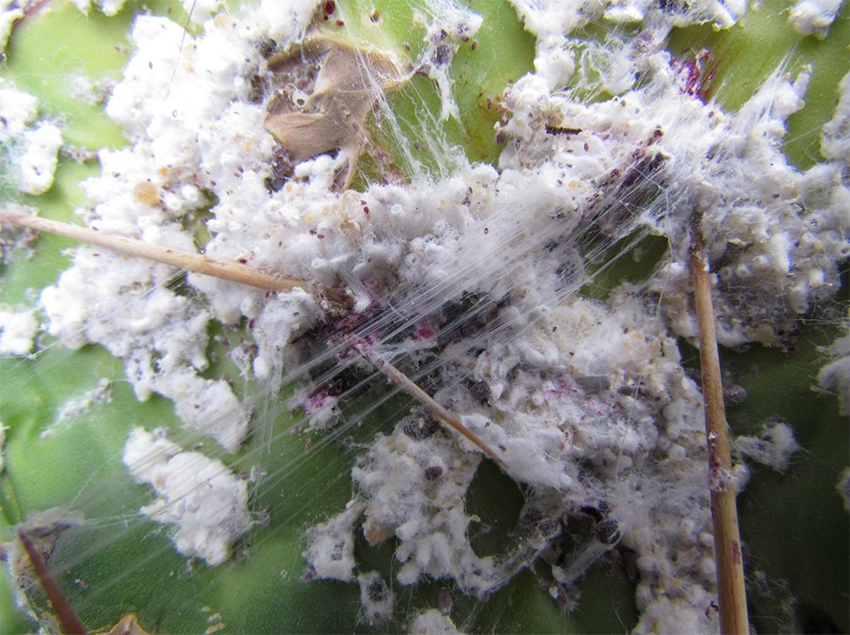 It has been identified the population growth of D. ceylonicus at temperatures below 16°C, the insects remained dormant, and that increasing reproduction, growth, and mortality correlated with increasing temperature. Optimum breeding period for the insect is 26-30°C. With the mild 2018, spring and summer in Albany, rearing of the insect was initially slow. Following release into the Oldfield River, the warm autumn has been beneficial for breeding and spread of the cochineal in the river system.

With the 27 declared species of cactus plants it is necessary to match the appropriate biological control to specific weed species. Using an incompatible host plant with see the insect establish however their impact will not be substantial. At the commencement of our projects with DPIRD and State NRM the cochineal species required for Drooping tree pear, was not available for use in Western Australia, hence the need to obtain  permitted organism status, so that we could coordinate release of the biological control in the Oldfield River.

Low density of cacti in most areas of the river involves manually placing infected pads on healthy host cacti.  It has however been observed that fruit and segments on the ground will see the cochineal move from the main plant to these. The cochineal insect attach to the outside of the host plant and draw the  food and moisture out of the plant. 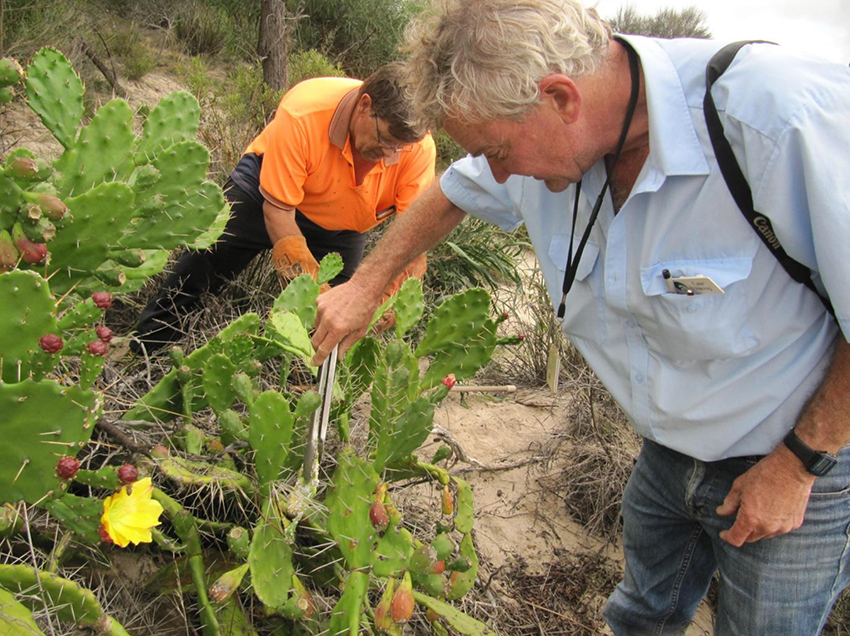 The Licensed Weed Technician contracted by the SBG to undertake control activities is encouraged by the impact that the cochineal are having on weed control. We are hopeful that we may continue to secure funding enabling a continuation of control activities, so that the Drooping tree pear is removed from the pristine environment of the Oldfield River. Cacti in not native to Australia and if allowed to establish in dense populations will affect native flora and fauna populations.

It is illegal to sell/trade/move declared cacti, so please do not purchase if you observe these being sold in markets and through sites such as gumtree.

Please report any sighting of cacti to the SBG via email, sbg.execofficer@gmail.com or telephone 0484  932 447.